Our Very Ood Christmas Carol has reached its conclusion, but the song never ends...

We thought we'd give a brief round-up of what's gone down so those of you who couldn't make the event can catch up.

After a brief announcement heralding the return of the classic DWO Advent Calendar, it seemed that Christmas was well and truly cancelled. Luckily, the DWO News team were on hand to report the dramatic events of that day, which you can find above on our YouTube channel.

It appeared that Mayor Niles Kress collaborated with a certain Mr Scrooge (or more rather was paid) to take down all Christmas decorations and festivities around London. And so began the 'Anti-Christmas saga'. Information seemed scarce, until...

In what was another shocking event, Scrooge was 'visited' by a strange figure from his past in the middle of the night. The DWO News team, again, reported the breaking news but the true surprise came with the announcement of... 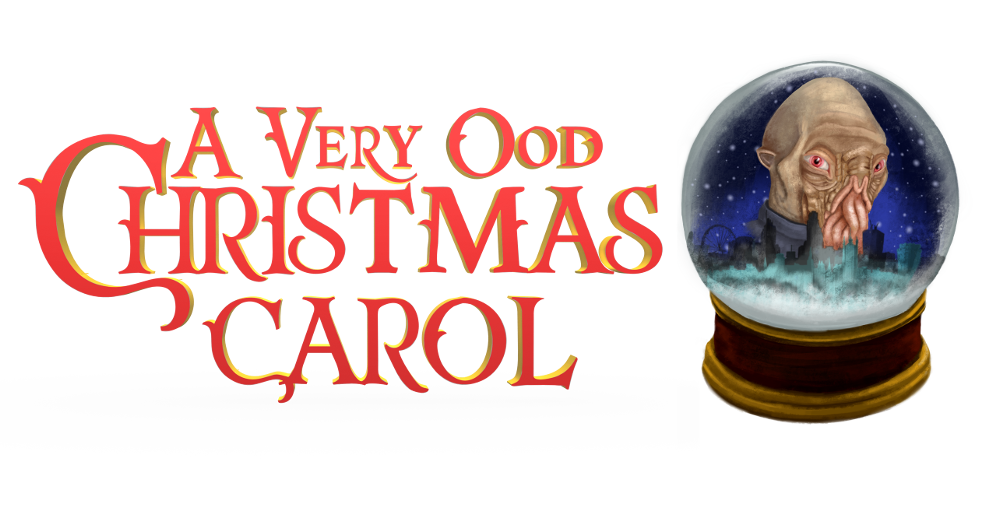 The Ood of Christmas Past

The first Ood took you back to a familiar if strange place - the London world from the past, otherwise known as Scrooge's childhood. By crafting familiar Christmassy items from random items scattered around the world, you slowly increased the Christmas cheer, restoring the acclaimed Christmas ride, the strangely unscathed MineMart with some exclusive Survival items, and a new minigame - Race to the Centre of the TARDIS 2!

While it was beginning to look a lot like Christmas, the two Ood were still yet to come...

The Ood of Christmas Present

Scrooge's actions in the present day were yet to be checked by the Ood, so the Ood of Christmas Present brought the opportunity for you to spread your cheer back to the present. After flying here there and everywhere over London in a new Elytra Challenge, you restored the Christmas decorations in London, along with the classic (but redesigned Snow Forts game) and a new Christmas Market. New presents soon followed, with the introduction of the 13th Doctor's TARDIS console and a new set of levels for The Dropper. All that remained was to secure the return of Santa, who had mysteriously been kidnapped live on DWO News earlier in the month!

The Ood of Christmas Yet To Come

The Ood of Christmas Yet To Come sent you into the future, a 'silent' London that had suffered dearly without Santa able to deliver presents and keep Christmas going. By finding the nine lost reindeer, the location of where Mayor Kress had sold his sleigh, and clues to where the man himself was being held captive, you were able to ensure that Christmases yet to come could come at all. The world offered a slew of items to help find the Christmas icons, with clues in the future allowing you to successfully find all three (or 11) in time to prevent that horrible future.

As a celebration from the Ood, on Saturday 29th December the Survival End reset, with not one but three Dragons to conquer. As well as launching some new and exclusive products on Redbubble earlier in the month, a Buycraft store sale of 20% off was also now announced as a reward for finding Santa's sleigh and finally, it seemed that after Santa was found, Christmas was well and truly saved once and for all. Even Scrooge had learnt the error of his ways thanks to your efforts.

The DWO News team again caught up on the unfolding events, which you can watch here:

And of course, the final gift for saving Christmas was the brand new Genesis of the Cybermen game. Debuting not long after the Yule Ball and the second DWO Minecraft Awards the previous day (hosted this year at St. Paul's Cathedral and featuring surprise appearances by towers of animals), the game is sure to be a great hit for Games Night. Check out the trailer below!

We hope you all have a great festive season and a great new year! Be sure to let us know what your favourite gift from this year's Christmas event is!