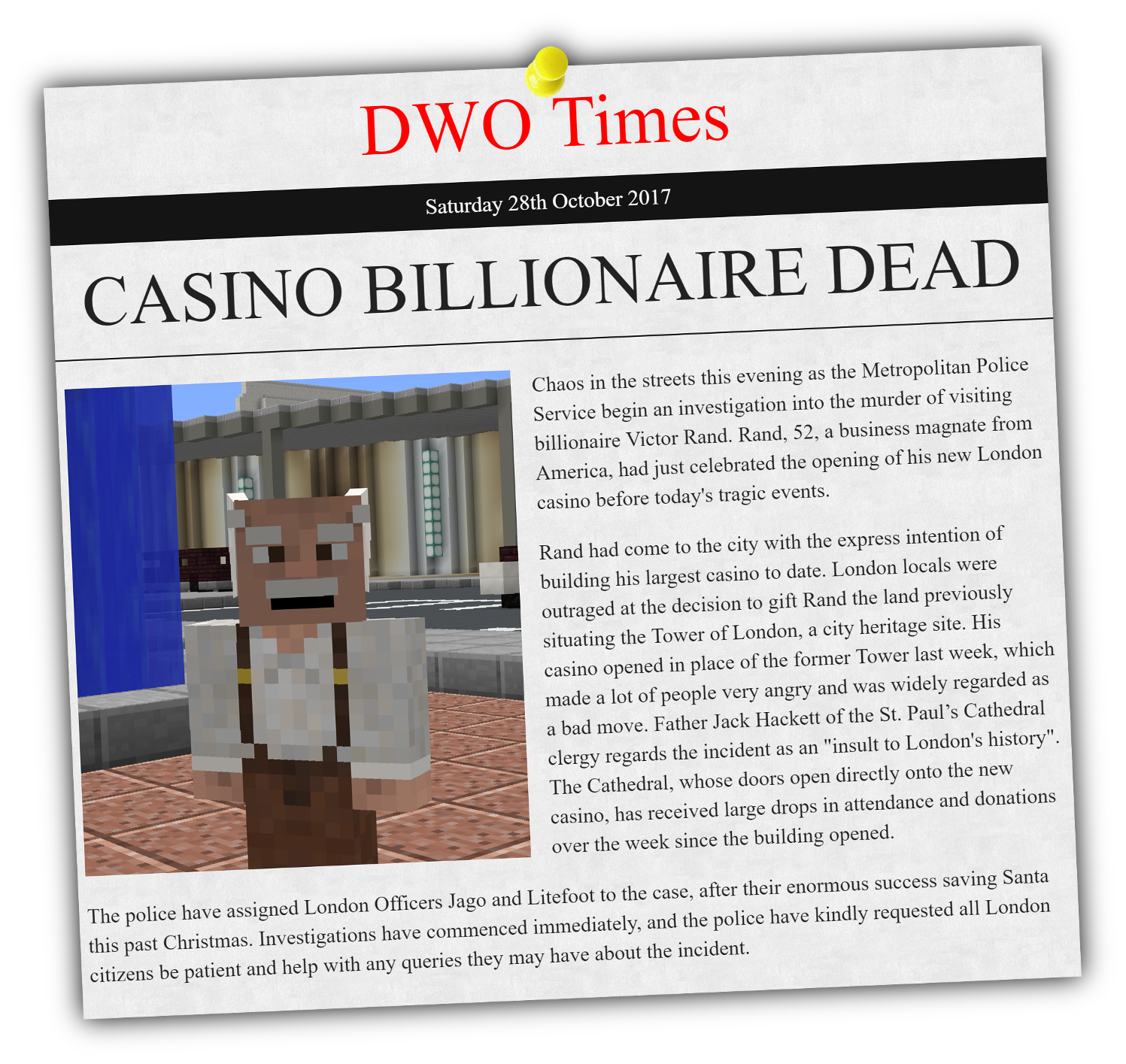 Following an incident today that occurred between the hours of 1800 and 1830 at the Rand Casino, a police investigation is now underway. The casino proprietor, a mister Victor Rand, was found dead inside the establishment by a bartender. The cause of death is unknown at this time. Due to the high profile nature of this victim, a London-wide investigation will be conducted. Also considering the victim’s significant dislike amongst many members of the London community, we must consider all civilians as potential suspects.

As the only two policemen actively working in London, Officers Jago and Litefoot have been assigned to handle the case. They have assured us they will deduce the cause of death shortly, and the Chief Inspector is expecting a preliminary list of suspects to be drawn up by the end of the day.

Following this evenings power cut and subsequent death, Officers Jago and Litefoot have also issued this message to all DWO players, who they have somehow come to the conclusion of being 'innocent':

Alright look, the fact is we told our boss that we found Santa. Unfortunately you guys were so good at that, now he wants us to solve this entire murder thing by ourselves! So, err, it’d be really great if you guys could lend us a hand again. We promise not to take the credit this time?

We’ve reduced the list of suspects down to eight people who we think have significant motives to kill Rand. See the information in the attached dossiers. We think that should be a good starting point for you, so I’d try having a talk to all of them. Gonna be honest, some of them are total shots in the dark, but they all just seem fishy. If you can figure out where they all were at the time of the murder, we can figure out which of them are lying…

Unfortunately you guys aren’t real police so we can’t let you into the crime scene, but we’re trying to determine the cause of death ourselves. Right now we’re 100% certain that it was blunt force trauma. Or deadly poison. Okay we’re 50% sure it was one of those. We’ve whittled it down to a list of six totally different possible weapons that could’ve been used here, but honestly we’re not too sure. This whole crime scene is a mess.

To try make it easier for you this time, we’ll give you access to as many police resources as we can. If you find any evidence around the place, come back here and you can use our evidence board to keep track. Plus that’ll make it look like we’re the ones doing the work! Once you’ve tracked down the killer, go use one of the computers in the police station, and enter which suspect we should arrest and what weapon they used. You better get it right first time though! We can’t just go around arresting everybody making wild accusations!!

_And look, I know we took all the credit last time. So how about if you help us again, you can have one of these pin things? They’ve been in the evidence locker for weeks, we’ve got loads of them! Help us arrest the right person and we’ll throw in a second rarer one too. We got a deal?- 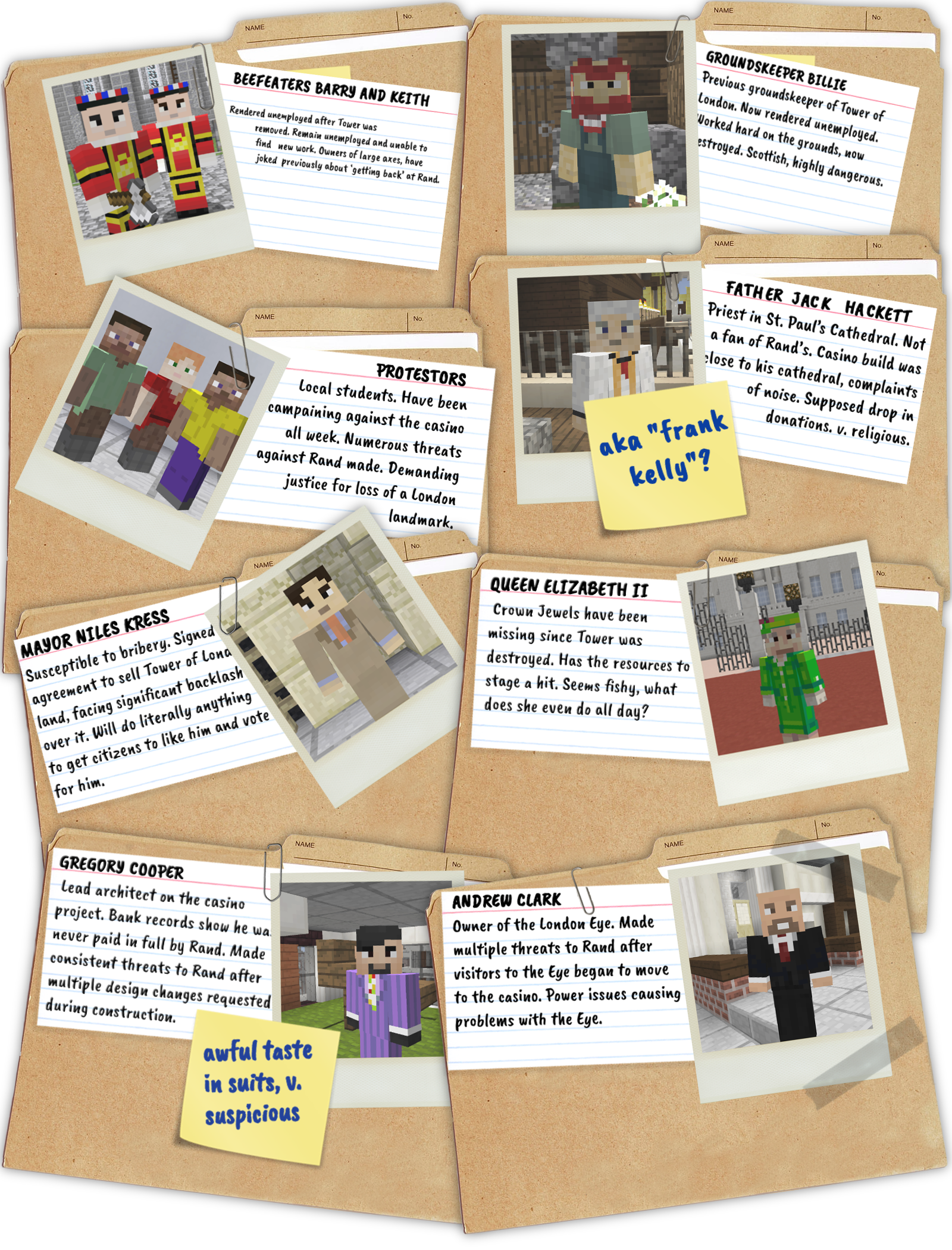